Share a memory
Obituary & Services
Tribute Wall
Read more about the life story of Mary and share your memory.

Mary Elizabeth Robinson, 93 of LaPorte, IN passed away Sunday, November 20, 2022 at Symphony of Chesterton in Chesterton, IN. She was born on May 25, 1929 to Clarence G. Fowler and Flora (Roseno) Fowler in Port Jefferson, Long Island, New York.

Mary graduated from Seton Hall High School, Patchogue, New York in 1947 and continued her education to work in banking. She was a bank teller at Security National Bank in Port Jefferson.

Preceding her in death was her beloved husband of 60 years, Jim, in 2014. She also was preceded in death by her Long Island siblings: brother, Edward Fowler and Sister, Agnes (Fowler) Hughes.

Mary was a bank teller at LaPorte Savings Bank until 1980. Subsequently, she was the administrative assistant for the family business “Environmental Products” in Kingsbury, IN until her and her husband’s retirement in 2000. She was a member of St. Joseph Catholic Church in LaPorte, a member of the St. Joseph Rosary Society, and a member of Tri Kappa Sorority. Mary volunteered at the Women’s Care Center and for Meals on Wheels both in LaPorte. She also belonged to Purdue Extension Club – Kitchen Kin. Both Mary and Jim were avid bridge players. Mary was a devoted wife, mother and grandmother. Her home and family were always central in her life.

A Mass of Christian Burial will be celebrated at 11 a.m. Tuesday following the visitation at Holy Family Parish, St. Joseph’s Catholic Church, 109 C St. LaPorte, IN 46350. (The Mass will be live streamed at, www.holyfamilylaporte.org.)

Private burial at Pine Lake Cemetery is scheduled at a later date.

In lieu of flowers, memorials would be appreciated to: St Jude Children’s Research Hospital @ www.stjude.org.

To light a virtual candle, share a story of Mary’s life or leave a message of comfort for the family, please visit Esslingfuneralhome.com.

To send flowers to the family or plant a tree in memory of Mary Elizabeth (Fowler) Robinson, please visit our floral store. 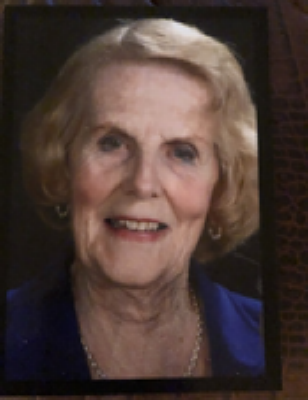