Share a memory
Obituary & Services
Tribute Wall
Read more about the life story of Linda and share your memory.

Linda is survived by her son, Matthew, her mother, Susan, her older sister, Lillian Seagren of Sierra Vista Arizona and her younger brother Robert of La Porte. Brother-In-Law Joel Burden, Sisters-In-Law Barbara Zimlich and Mary Beth Goldenstern, and many nieces and nephews. She is preceded in death by her husband, Chris, in 2013, and her father Edward.

Linda had an interesting and varied work career. Her first job was as a long-distance switchboard operator for General Telephone in La Porte, the kind you might see in an old movie where the operator pulls a cord and sticks it into the proper hole. When automation came around, she lost that job. Then she became a typist for the Indiana State Highway Division in La Porte. Linda said that she had issues with her boss and she quit after about a year. But not before meeting, dating and marrying Chris. So that turned out to be the best job she ever had. Then she became the telephone person for American Home foods. She lost that job because in those days, if you became pregnant, you no longer had a job. Then she worked at American Rubber. What a grueling job. The oppressive heat in the summer. Coming home covered in white powder. But yet she persisted for perhaps ten years and at least earned a pension from them. Her last job was as a bagger at Al's Supermarket East where she called everyone honey or sweetheart and she meant it. Linda enjoyed her Cubbies. An occasional trip to the casino with Mary Beth. She was a dog person and experienced the joy and heartbreak of many dogs during her life, Babs, a rescue lab, being her most recent love. She loved the summer road trips with Chris most of them headed west. Sunflowers were her favorite.

A special thank you to Susan Peterson and Mary Beth Goldenstern for "being there" for her especially following Chris' passing.

Funeral arrangements are with Frank L. Keszei Funeral Home, Essling Chapel, 1117 Indiana Avenue, La Porte, Indiana. Viewing will be on Sunday November 20, 2022, from 12PM to 3PM CT. Services will be at the funeral home on Monday November 21, 2022, at 1PM CT. Burial will follow at Pine Lake Cemetery.

Memorial contributions can be made to the donor's choice.

To send flowers to the family or plant a tree in memory of Linda Sue (Cichon) Burden, please visit our floral store. 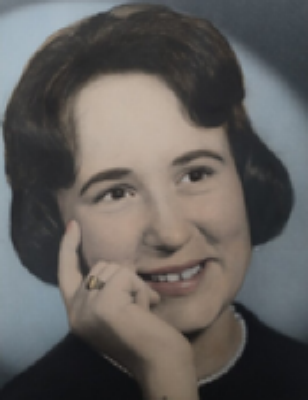